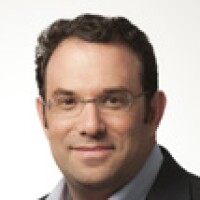 Ori Eisen has spent the last twenty-two years in the cybersecurity and information technology industry, and is respected for his business knowledge and leadership. His background includes an in-depth application of innovative solutions for preventing online fraud.Priorto founding Trusona, Mr. Eisen was the Founder and Chief Innovation Officer at 41st Parameter – the leading online fraud prevention and detection solution for financial institutions and e-commerce and travel merchants. 41st Parameter was acquired by Experian in 2013.Prior to 41st Parameter, Mr. Eisen served as the Worldwide Fraud Director for American Express focusing on Internet, MOTO and counterfeit fraud. During his tenure with American Express, Mr. Eisen championed the project to enhance the American Express authorization request to include Internet specific parameters.Prior to American Express, Mr. Eisen was the Director of Fraud Prevention for VeriSign/Network Solutions. By developing new and innovative technologies, he skillfully reduced fraud losses by over 85 percent in just three months.Mr. Eisen has an extensive background in developing system infrastructure and implemented solutions, and he is highly regarded in the information and payment technologies industry as a noted leader and technology innovator. Based on this reputation Mr. Eisen is often quoted by industry insiders, and receives numerous invitations to appear as a keynote speaker for industry events and conferences.Mr. Eisen holds a Bachelor of Science degree in business administration from Montclair State University.