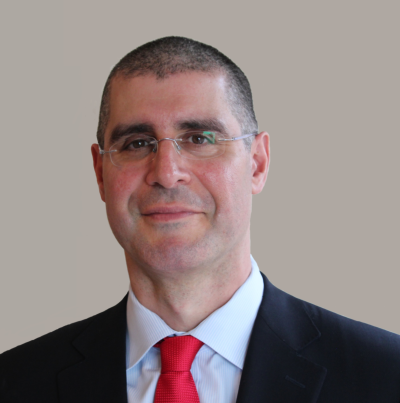 John Pyrovolakis is a co-founder and director of QNET Cybersecurity, which provides cybersecurity for today (notably in ATM and POS networks) but also tomorrow, with encryption even a quantum computer can’t break.
Pyrovolakis founded the Innovation Accelerator Foundation (IAF), whose mission is to promote our nation’s economic competitiveness by promoting our nation’s innovation. The IAF hosts the Academic Venture Exchange, where a set of elite research and development American universities pool some of their premier innovation assets. It also hosts iBridgeNetwork, which is our nation’s largest university intellectual property marketplace.
Prior to founding the Innovation Accelerator, Pyrovolakis started iKaptivate – a software-as-a-service workflow tool – to a private equity firm. Before that Pyrovolakis was a mergers and acquisitions banker at Jesup & Lamont, a boutique investment bank based in New York. Prior to that, Pyrovolakis founded CollegeScape – a software as a service online college admissions platform – which he sold to Thomson-Reuters, a multinational conglomerate that trades on the New York Stock Exchange (“TOC”).
Pyrovolakis is a triple major in math, computer science, and philosophy from New York University, where he won the school writing contest, twice won the Salomowitz Price (awarded to the top philosophy major), and was class representative. Pyrovolakis won a scholarship and teaching fellowship for a PhD at MIT, where he focused on mathematical logic, and did research on the automated theorem proving at the artificial intelligence laboratory. Pyrovolakis was also a teaching fellow at the Harvard-Smithsonian Astrophysics lab, where he won the Derek Bok prize for teaching excellence. Pyrovolakis left the PhD program at MIT to start Collegescape.
Pyrovolakis is a member of the Board of Trustees of The American College of Greece and a member of the Board of Directors at Atreyu Trading, TruBeacon, QNET Cybersecurity and the New Jersey Innovation Institute. Pyrovolakis was a judge at the MIT, Columbia, and Stonybrook Entrepreneurship competitions, and a member of the “Committee of Visitors” to the National Science Foundation.
Featured in
The New Cyberattacks The Payments Industry Standard Can't Stop, And How To Protect Against Them, Thursday May 23, 2019 11:30 a.m. - 12:00 p.m.